Historically, Niagara Canada saw much of its immigration from Western Europe. Now, the Philippines and China stand out as the most common and second most common places of birth for newcomers, followed by the United States and India. 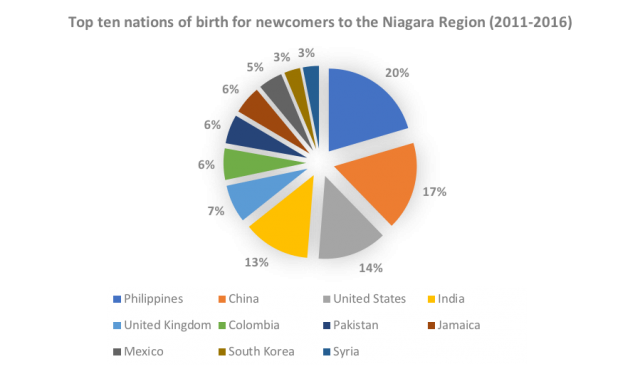